The vast majority of us are committed to enriching the lives of others, yet we overlook candor’s role in that service.

Most people abhor confrontation. It feels awkward and uncomfortable to us. We fear that being candid could damage our relationship with the other person. Or, if that person is in a position of power, might result in undesirable career or financial consequences. Consequently we’re not as candid with others as we should be. That means we’re not serving them well.

The good news is that being candid doesn’t need to be critical, denigrating or brutal. Candor can be enlightening, encouraging and appreciated. As a consultant and coach it’s imperative that I tell people what they need to hear, not what they want to hear.

The following approaches have helped me deliver candid messages that people appreciate. Indeed, people often tell me “Dale, I don’t always agree with you, but I always know where I stand with you.” The two most common approaches I use are:

By asking questions you get the person to reevaluate their position or behaviors. Assuming your observations are correct, they’ll come to the same conclusion you have. They’ll see that their approach isn’t likely produce the result they desire.

Here’s an example. Instead of telling someone that their words and actions aren’t congruent ask “How do you see [this action] producing [the desired result]?” By using this question, I avoid telling the person that what they’re thinking won’t work…which is almost certain to create defensiveness and resistance on the part of the other party. Asking a question makes my approach feel more exploratory and less challenging which almost always produces a more favorable result.

When you feel the person’s approach may create ill will, you might ask “If you were in the other person’s shoes, how would you respond to what you suggested?” This question enables the person you’re helping to develop a kinder, gentler approach in in their dealings with someone with whom they’re experiencing difficulty.

After hearing a friend’s presentation, I asked him if he’d mind an observation. He said he’d appreciate the feedback.

I told him that some of the quotes he used were fresh…ones that I had not previously heard. Others were so well known as to have lost their meaning. I told him that I felt that using these well-known quotes diluted the power of his presentation. He accepted my observations in the manner in which they were intended…candid and helpful.

One of the reasons why observations are so effective is that they’re not judgmental. I didn’t say that it was wrong to use those quotes. Instead, I told him what I experienced when I heard the well-known quotes and that I felt that they diluted the power of earlier parts of his presentation.

Note: I said it was my reaction, I didn’t say that it was everyone’s reaction. I left the door open to the possibility that my reaction was unique to me. I also implied that it was completely up to him what he did with my observation. That’s as it should be.

I you truly want to be of service others, to enrich their lives, you need to be candid with them. Recall that you can simultaneously be candid and encouraging by asking a question or making an observation. The more frequently you employ these simple techniques, the easier you’ll find it to be candid with people.

As others express their appreciation for your candor, you’ll experience the joy of knowing that you have been of service to them…and you’ll be more likely to repeat this service to others you meet.

As your kids see you being candid in ways that are uplifting and encouraging…and the results you’re able to produce…they’ll follow your lead and use the same approaches in their dealings with others. Living the message is the most effective way to deliver it.

I love hearing your thoughts and experiences, please leave your comment below. 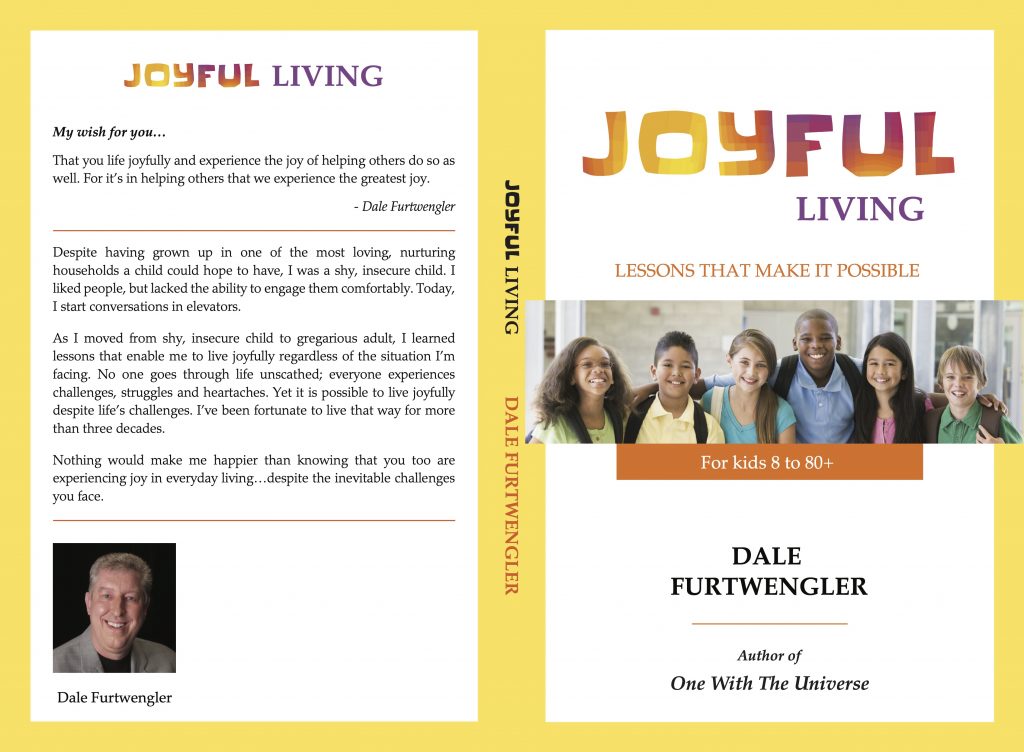 If you’d like to enjoy great confidence, check out our Confidence Self-Study programs.

If you’d like to enrich the lives of others by teaching them to be more confident, check out our Teaching Confidence Instructor Certification program.

FREE confidence-building blog posts delivered directly to you. With confidence, everything is possible.